A few months back at Iowa Bridal Preservation, we wrote about what to do with your bridal gown after the wedding and in that article we listed nearly 15 different things a bride could do with her gown, and preservation was just one of them. We missed one and here is our story.

Yesterday Saturday, a young bride and her mother picked up her preserved gown we had just completed at Iowa Bridal Preservation in Mt. Pleasant, Iowa. They had been in a few weeks earlier to drop off the gown after her wedding. During that brief two week period a son of the mother and brother of the bride was lost in an accident. A most grievous time for this wonderful family. 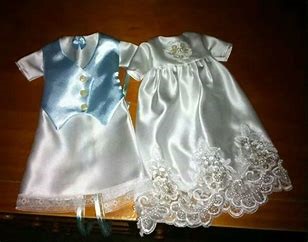 In discussion with the mother she asked about several gowns in preservation chests remaining on a shelf in our lobby. She learned that some of the gown had been here for over 10 years and marveled that they have not been picked up. Our explanation was that, the party had possibly divorced, passed or moved away, remarried, and/or lost interest in the gown which resulted in them still being there. Mrs. Adam, the mother, said “I have an idea.”

She indicated that some groups of volunteers at an Iowa children’s hospital actually take donated gowns, take them apart and make gowns for children who don’t make continuance in life. We liked the idea and began to look into it. While the University of Iowa neonatal hospital is primarily interested in new items, a group at the University of Nebraska takes used clean gowns and some prom dresses and remakes them in to burial gown for children who may be still born, passed from anomaly of heath shortly after birth. We also learned that grieving parents, find it difficult to locate burial clothing for their infants amidst the very difficult time of grief and having to attend to other details, often having to shop for doll clothing to fit their burial needs. Funeral homes do not often have access to infant burial clothing which is almost always left to the family.

We discovered that in many states including Iowa, organized groups of volunteers make and distribute burial gown to families in need. So we thought that it’s time to contact our Iowa based group just 50 miles to our north and pursue the idea of donation. We saw some wonderful miniature gowns produced from this important volunteer work. With an exception of South Dakota these volunteer groups have contact with Neonatal Intensive Care Units (NICU) nationwide. There are approximately 185 volunteers, some who have lost children on their own, who provide their time without charge to deconstruct donated gowns and make beautiful “Angel Gown” for burial, in sizes, from ornate to plain and provide them to families in need and to NICU centers throughout the country.

We will let you know more about this as we progress with our donations.So two of us At Iowa Bridal Preservation contacted our local preemie project and found that had a need for clean gowns and we subsequently delivered 2 of them to their office in Iowa City just north of us. We don’t expect to see any results of our donation but are delighted that these beautify gowns continue to have value even in the final resting of lost children.

The following are some photos of some of these beautiful gown we found. 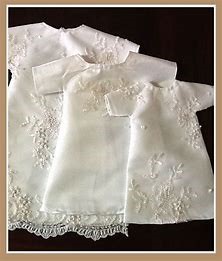 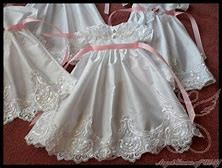 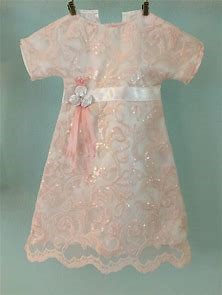 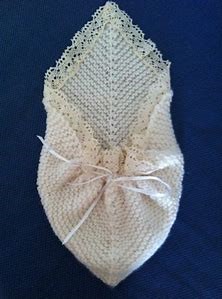 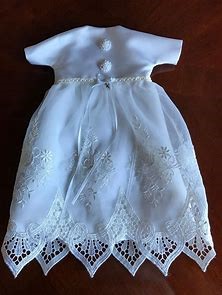